This History is Yours

This Monday at the Museum we will be hosting a program called “This History is Yours.” School kids, and probably many adults, have the day off for Martin Luther King Jr. Day and are encouraged to come out to the museum and learn about the rich cultural heritage of the African American community in Champaign County. We’ll be learning about the biggest time periods of movement right after the Civil War and during the years after World War I known as the Great Migration.

The amount of courage it took for people and families to move to a new place and the reasons why it was necessary to do so, will be a big part of what we discuss. The Museum of the Grand Prairie is home to the Doris Hoskins archive, a collection of materials including newspapers and other articles about life in Champaign County for African Americans. Doris Hoskins gave the collection to the Museum for safe keeping and programs like this give us the opportunity to share with the community these stories.

One of my favorite stories that I've uncovered is the about the Smith Family. This amazing family's story begins before the Civil War with the family patriarch, George W. Smith, who was born a slave in Tennessee in 1836. As George Smith was growing up he was expected to accompany the slave owners children to school and act as their playmate. During his time attending school, Smith actually learned how to read and write- an offense punishable by law. Eventually, he was found out and had to escape Tennessee in order to save his life.

Luckily for Mr. Smith, this was right around the time of the Civil War and he was able to serve in the Union Army before settling in Springfield, Illinois post war. In Springfield, he met his bride Mary Oglesby Gaines, with whom he had five sons and two daughters. Their family moved to Broadlands, here in Champaign County, in 1876 and started a farm. He was among the first in this area to use drainage tile farming and was remarkably successful. At the time of his death in 1911, he was believed to be the wealthiest African American in Illinois outside of Chicago.

As someone who valued education and never forgot how hard won his own education was, he spent a lot of time and effort on educating his children. His son, William Walter Smith, was the first African American to graduate from the University of Illinois in 1900, receiving his bachelors degree in civil engineering.

This family's remarkable story, and more, will be showcased on Monday as we continue the conversation about Champaign County's African American heritage and stories. 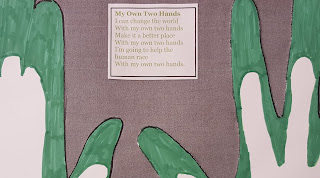 What Year was the "The Year of the Big Snow"? 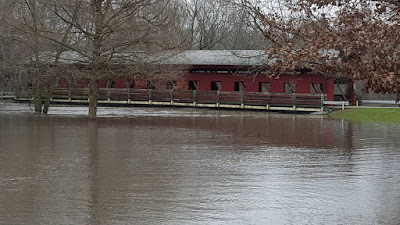 Snow has been scarce this year. And rain has been plentiful!   Take a look at his photograph from last week in Lake of the Woods near the covered bridge! According the the National Oceanic and Atmospheric  Association, on average 13 inches of snow equals one inch of rain. Last week we had  7  inches of rain.  Would we rather have had nearly 90 inches of snow? I think not. 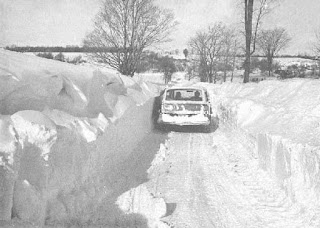 Who Remembers the Blizzard of 1977?

Snow features prominently in the tales of yesteryear in Champaign County. There were big snows in the 1970s, with blizzards which closed the University of Illinois in 1977 and 1978.

In 1977-78 there were a record breaking 18 winter storms as opposed to the normal number of 4. In Illinois alone, there were 62 recorded deaths and more than 2000 injuries and in some areas over 120 days of snow cover of an inch or more.

Wolves in the Snow

In fact that year was compared to the worst winter ever recorded in central Illinois. One famous family had a tough time when they settled here.  Abraham Lincoln, his father, stepmother, and step siblings came to Macon County in 1830 and were there to experience the winter of 1830-1831, the winter of the “Big Snow” or the “Deep Snow.”  In that year, freezing weather was unrelenting throughout the winter, three to four feet of snow and ice covered the ground, settlers and  small animals alike became trapped in the snow and fell prey to wolves. 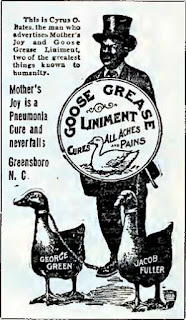 From Frozen Feet to Mother's Joy!

The Lincoln family, as did many others, ran out of food and had to ask neighbors for corn to live through the winter. Abraham Lincoln himself got seriously frozen feet and a neighbor treated them with a liniment of goose grease, skunk oil and rabbit fat.   Ewww? Goose grease was a popular treatment for all sorts of ailments and complaints in the 19th century so much so that it was later bottled and sold under several names: one of the most popular, Mother's Joy!

Weather events today are still measured by the severity of these winters. Please comment on your worst winter ever! Or best...winter tales are fun to hear.

Thanks to comments on Facebook we invite you to enjoy this documentary about that winter in Central Illinois.  Called An Illinois Winter, it was created by students in the Department of Geology/Geography and the Department of Communication Studies at Eastern Illinois University in 2006. Enjoy!

Posted by Eirene at 3:20 PM No comments: