The function of this week's Mystery Artifact was guessed almost right away by the anonymous commenter on our blog.  The person wrote:


"I would guess that it is a knife for cutting shingles - place the sharp end against the wood to be split, and hammer it through!"

Exactly right!  This artifact is called a froe, and it is a cleaving tool used for splitting lengths of straight-grained wood along the grain.  There is some speculation about the tool's name, which might have it's origins in the Old English word fro, meaning "away from," and still in common usage in the phrase "to and fro."  As the tool is pushed away from the operator as it's being used, there is some logic in that argument.

A froe (sometimes spelled "frow") is more accurate and safer to use than an ax, because the tool itself is not swung but rather hit with a mallet like the one below from our collections.  In our database, we list this object as a froe club.

These objects were used, as Anonymous guessed, to split shingles, planks of wood, and staves for wooden casks.  As the images below show, clapboard (pronounced "clabbered") siding was popular for frame houses in the latter part of the 19th-century.  Froes were certainly the tools of choice when creating planks, whether the planks were then used for siding or for planked sidewalks and floors around and within the building. 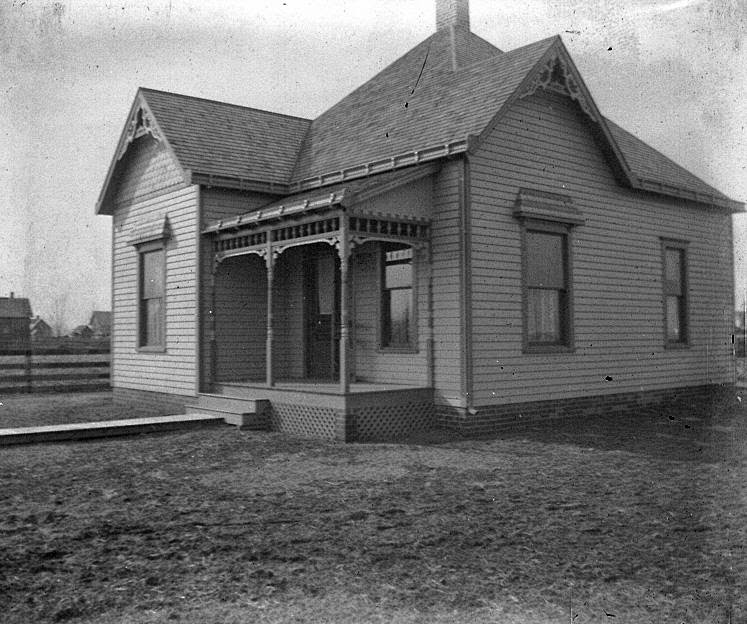 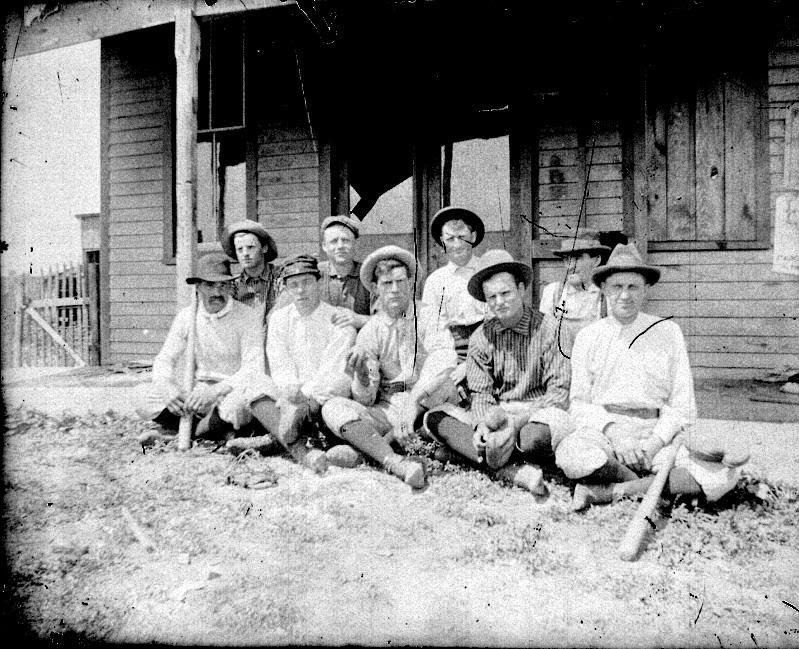 This group of gentlemen are sitting in front of a store with clapboard siding, and they appear to be on their way to a baseball game! 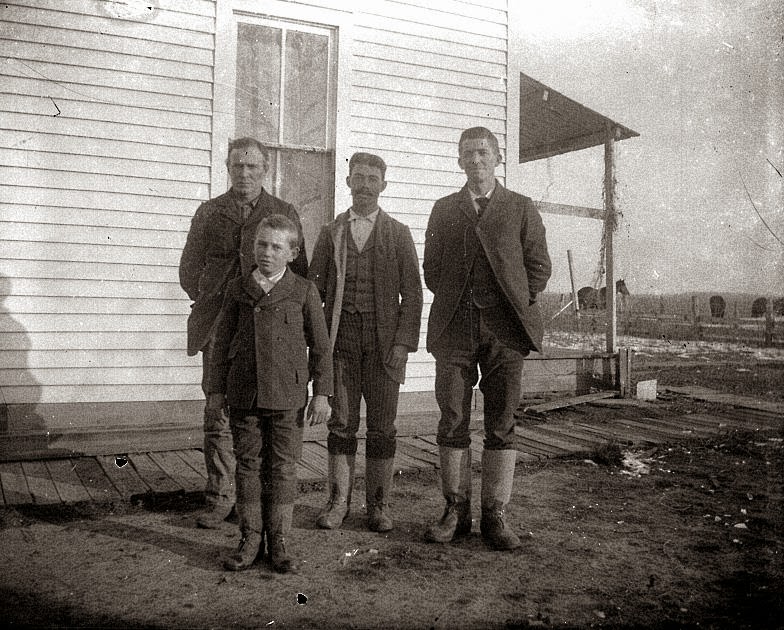 Notice the plank sidewalk around the outside of the structure - a necessary addition to keep your boots off the muddy streets!

We have several examples of froes in our collection, along with a few froe clubs. 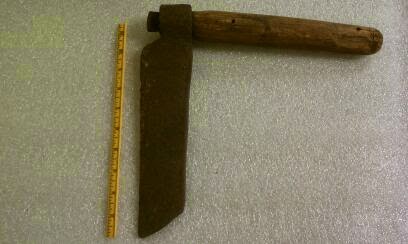 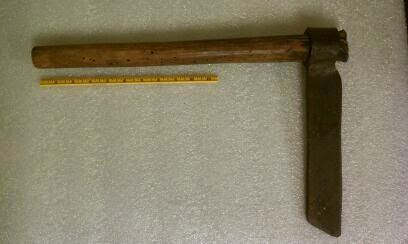 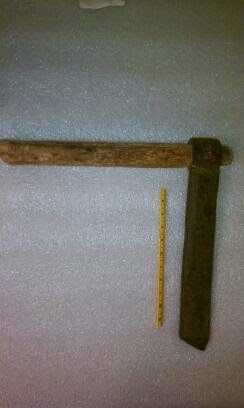 The last example is quite interesting, as it was the only one in our collection that had a blade longer than the handle.  As it doesn't take much force applied to the handle to split the wood, I wonder whether the differing lengths of blade and handles were for functional reasons, or whether they were more aesthetic choices made by the tool's creator or owner.

Here is a video showing how a modern recreation of a froe is used:  How To Use a Froe

We wish you all a wonderful Memorial Day weekend, and we'll be back on Tuesday with another fascinating Mystery Artifact!
Posted by Diggirl at 11:47 AM